With our time in Portugal limited, we figured a car rental would be an absolute must if were were going to get out of the Lisbon area. So rent we did and we were off to see castles. First up, Óbidos!

The area around Óbidos has been settled since a Roman times, but it was the Moors who were responsible for its current fortified state, sometime during or after the 8th century. Now, the town is famous for its sour cherry liquor, ginja, which is available all around town, often in a solid chocolate shot glass, with chocolate being the other thing Óbidos is famous for. So much so that there’s an annual festival, which we saw being constructed near the castle. The town is adorable to stroll through and had one of the best bakeries I’ve ever been to, Caphina de Óbidos, with some of the freshest bread ever. So good. The town is a bit less visited than places like out next destination, but definitely deserves a look if you have time.

After filling ourselves with bread and chocolate, we hit the road for one Portugal’s most well known places, Sintra. This place is a virtual Disneyland of castles and palaces, with each one having its own specific design quirks. 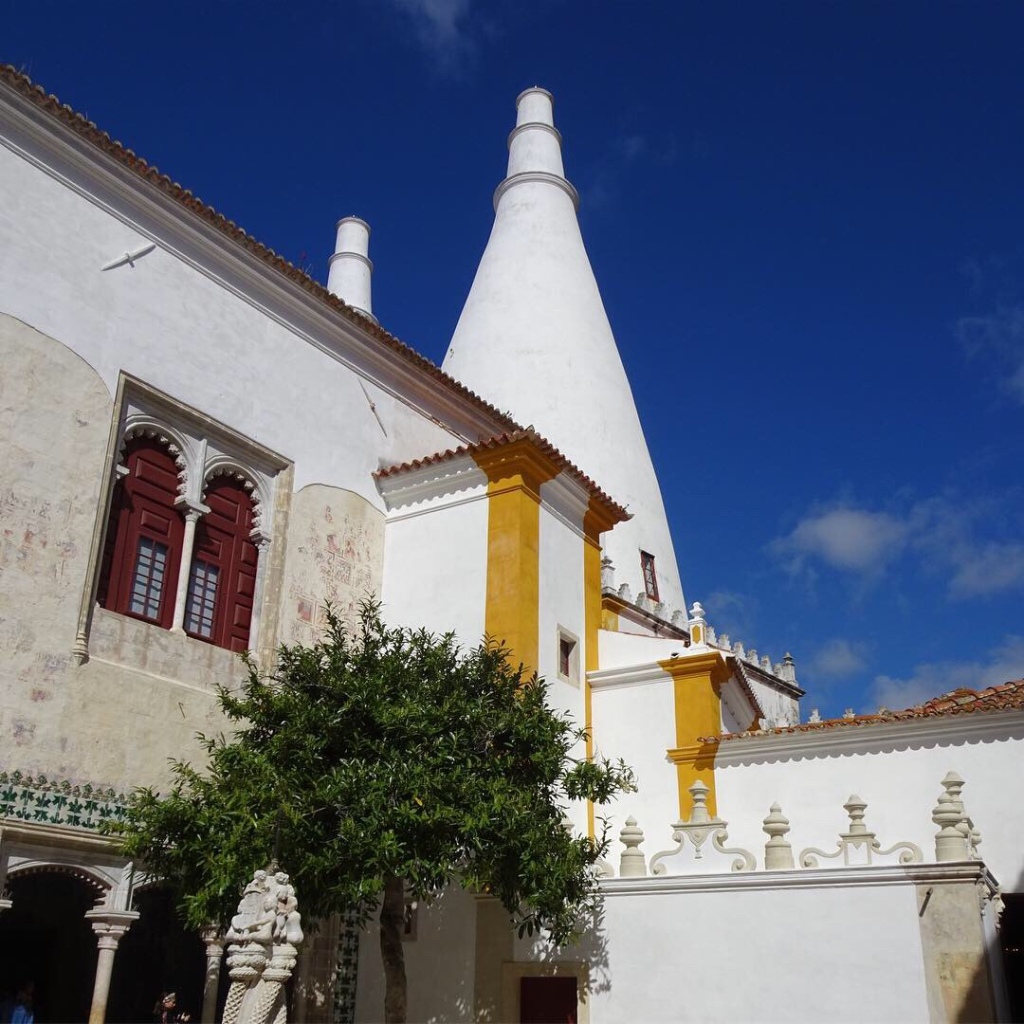 Sintra National Palace has two massive conical smokestacks that come up from its kitchen, giving the place a bit of a Hansel and Gretl vibe. Quinta de Regaleria was created to evoke whimsy and certainly does so, with its massive “Initiation Well”, watchtowers and almost spooky looking but still adorable mansion. The superstar of the place, the Palace of Pena, looks like it was made for Instagram 200 years ahead of its time, with its bright yellow, blue and red colour scheme, and its odd mish-mash of architecture. The whole area is a UNESCO site, serving as a prime examples of Romanticism ideals. Definitely worse places to go if your date likes to hike.

We eventually found our way to the guest house, which was a castle unto itself, before a great dinner at O Tunel, where I had the equivalent of a Portuguese seafood boils, where I kept discovering new and bigger seafood in the pot. Fantastic day.

Tomorrow, one, maybe two more places in Sintra to check out before we head to the coast. Not for swimming, mind you – the wind knocked 16 degrees down to 10 today – but for more beautiful Portugal.