Daina’s sleep in today was more pronounced than mine, so I decided that, in the hilliest city I’ve ever been in, it would be a great day to jog!

Look, I’ve actually found that I’ve felt better during my last vacations when I tried to put in a physical challenge like a workout or a run, so I can’t say I regret this morning. But a few minutes into the warmup walk, as I started going uphill, my immediate mental reaction was a swear. Which didn’t dissipate as the hills mounted.

I set a route today based upon some small sights we probably weren’t making it to anyway, a miradouro and a some running along the water. After accidentally going by the Church of Sao Roque, I made my way to the Miradouro de Santa Catarina, which was partially under construction, before hitting the long uphill slog to the Bascilica de Estrela, where I arrived just in time for the 9 am church bells, which gave me more of an excuse to stop. Then, made my way down to the riverside, eventually ending up back in Comercio Plaza where, just before entry, I found this random man piling up and painting rocks like random people along the water. From there, short hop back to the BnB before heading out to the first sights of the day. 6.3 kilometres overall, not a prime time, but when you’re stopping for photos and hills, that’s fine.

As for today, going back to the headings!

It’s nothing to look at from the outside, but the inside features plenty of Portugal’s famed azulejos art, gold-gilded chapels, marble, and various treasures. It’s a gorgeous church to walk around and the adjoining museum is worth a visit as well. If I got one thing out of it, it was that an artist who was charged with carving a pelican basically said “well, who will notice” while creating a goose. Which was labeled pelican. Not sure if it was a lost in translation, but it was cute. 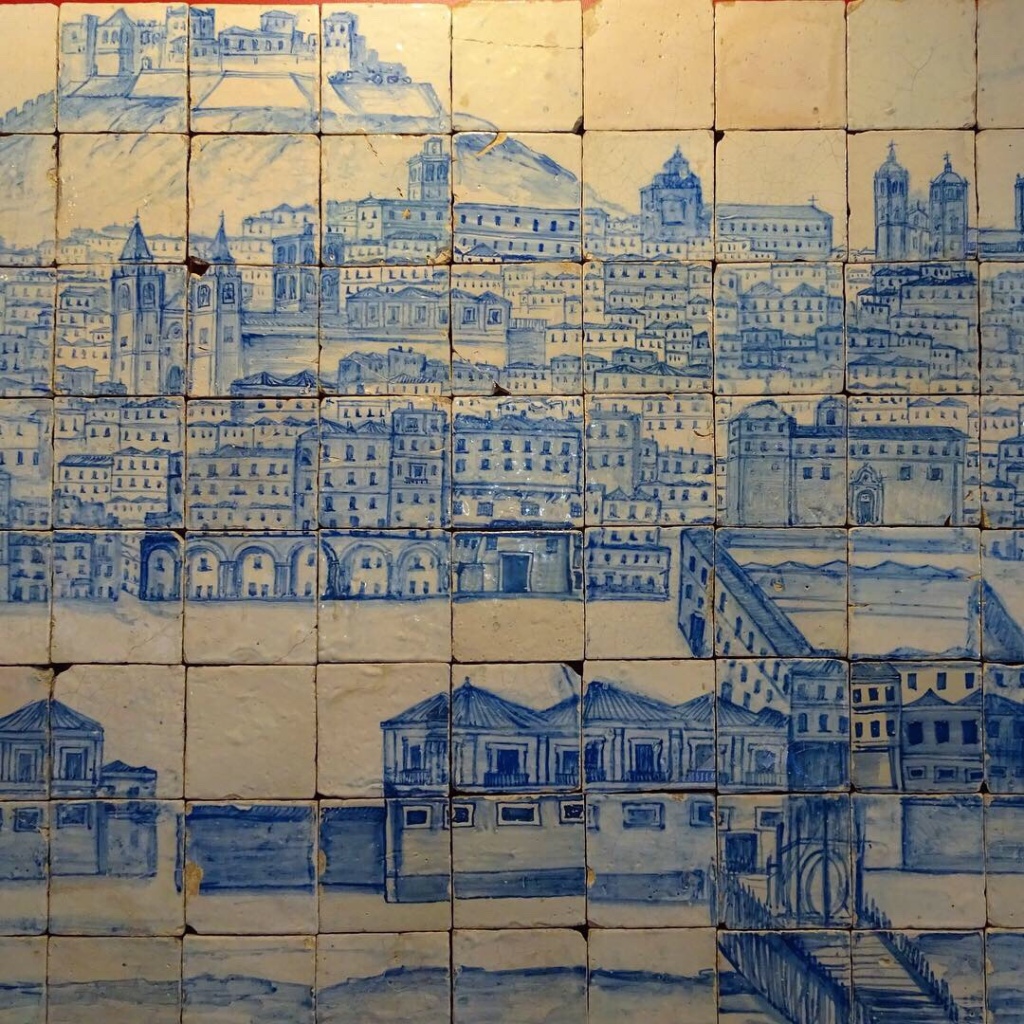 Housed within an old church, the museum features plenty of examples of Portugal’s signature art, white tiles emblazoned with blue paint, depicting various scenes. There was a fantastic panorama of pre-earthquake Lisbon, various biblical scenes and a few non-azulejo tiled-art examples, plus a chapel that combines the azulejo form with beautiful gold. It’s a bit further afield of many of Lisbon’s other sights, but worth it.

We hopped the bus to the National Pantheon, which dates back hundreds of years but was officially inaugurated in 1966. It houses graves and tributes to the most influential Portuguese citizens, and you can take a stroll to the top for a fantastic view of the city. Down below, the Fiera da Ladra flea market was in full swing (happens on Sundays and Tuesdays), where citizens are selling their various second-hand wares. It was actually quite impressive, with plenty of practical and impractical things to purchase. We stopped for lunch around here, for bread at the appropriately named Focaccia in Giro, which served up an amazing honey, walnut and Brie bruschetta, as well as one of the best sandwiches I’ve ever had (salmon, orange peel and caramelized onion).

Church of Sao Vicente of Fora

This was an unexpected find. The place is covered with azulejo art on the inside and featured an extensive fables exhibit, all depicted in tile work. The rooftop access gives you a great view of the Panteao. On the way to the next stop, we hit up another miradouro, Santa Luzia, which was filled with people and music.

So we returned to the Cathedral to see the cloisters, which were closed, so I saw the “next best thing” in the treasures, which were “fine”, but honestly not worth going out of the way to see.

So I learned something new about Daina this trip – growing up, he wanted to be a seismologist. So the city that was victim to Europe’s largest earthquake was very interesting to him and, when I read that the Lisboa Story Centre had a simulation of the 1755 quake, it quickly got added to the trip.

Like, there was a video. It was fine at times, and early Hercules and Xenia CGI at other times. Pretty cheesy. The best part was some older tourists who made their way in accidentally (ignoring the “please wait” countdown outside) who then wandered around aimlessly inside the theatre trying to figure out how to get out. The centre itself is kind of cheesy, but it was included in the Lisboa Card, so why not. Nearby, though, was the view from the Arco da Rua Augusta, which may have won the late-trip award for best view of Lisbon – you basically see everything. Great way to end the day before heading out to dinner for some slightly-too-oily grilled octopus and bed, where a couple asked me for the cheque as I came out of the bathroom, because apparently my tan is coming in great.

If I’m being honest, and I had to pick Lisbon over cities like Rome, Madrid and London, I wouldn’t. It’s right up there, though. Great scenery, great food, great museums. You could definitely do worse in a major world capital.